Fujifilm Holdings and Xerox recently announced an agreement that they will merge Xerox with Fuji Xerox – the joint partnership between Xerox and Fujifilm – with Fujifilm taking over the new company with 50.1 percent ownership.

The move comes after demands by two Xerox majority investors, billionaire activist investor, Carl Icahn and Darwin Deason, for Xerox to disclose the nature of its talks with Fujifilm of Tokyo, Japan, and for removal of Xerox leadership. The transaction is expected to close around July-August this year.

The new entity, to be called as Fuji Xerox, will become a subsidiary of Fujifilm, with dual headquarters in the United States and Japan. Under the agreement, the new combined company is expected to have leadership positions in key geographic regions. There new restructuring is also believed to provide significant opportunities for cost savings and leveraging of core technology and go-to-market assets. 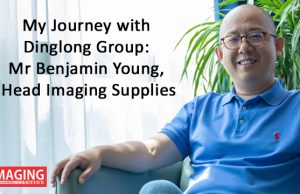 Imaging Solution Bureau - October 6, 2021
0
Benjamin Young was one of three partners that started Speed Infotech 20 years ago. Today, as part of the Dinglong Group of companies, Young...

UniNet Honored with Focus on Quality Award at Business Inform 2017...