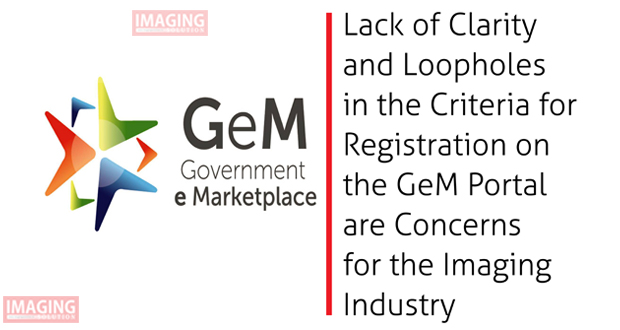 GeM is an online platform of the commerce ministry for the procurement of goods and services by the public sector units, departments, and states. Concerns have been raised by certain firms about the sale of fake and counterfeit goods on this platform. A large number of complaints have been recorded from different sectors, including IT hardware, furniture, and automobiles.

Government e-Marketplace (GeM), created in a record time of five months, facilitates online procurement of common use Goods & Services required by various Government Departments / Organizations / PSUs. GeM aims to enhance transparency, efficiency, and speed in public procurement. It provides the tools of e-bidding, reverses e-auction, and demand aggregation to facilitate government users, and achieve the best value for their money. Now Co-Operatives too are added as Buyers.

Over 100 original equipment manufacturers (OEMs) from various sectors have been asked to verify vendors that are willing to sell goods at the government e-Marketplace (GeM) with a view to containing procurement of fake and counterfeit goods.

GeM portal has recently introduced a new category of compatible cartridges/ consumables in their portal. OEM Cartridge is the cartridge having the brand of the respective printer brand and a compatible is manufactured by an entity other than the OEM of the printer and is meant to fit in a particular printer for replacing OEM cartridges. Compatibles are legitimate goods, unlike counterfeits which are illegal (as they are manufactured by unauthorized persons and sold as original goods).

The portal mentions mandatory requirements for the OEM and compatible cartridges/ consumables such as government authorized space/ industrial space, manufacturing unit address proof, GSTIN and PAN, declaration of debarred or blacklisted, manufacturing process flowchart, monthly manufacturing capacity, and capacity utilization, rejected handling process along with possession of licenses/ authorizations as per the State/Central Govt including the EPR, product warranty.

In addition to the above-mentioned processes and machines, the standard quality checks at each stage of production including IQC of the raw material, in-process quality check during manufacturing, and FQC of finished products must be followed along with proper maintenance of records.

The assessment clearly mentions that the vendor adhering to all the above-mentioned manufacturing processes and quality check parameters would be passed as OEM. The vendors performing refilling/ refurbishment will not be considered cartridge manufacturers.

Although the criteria are quite easy for the companies to fulfill, there are many aspects in which there’s a lack of clarity and unnecessary strictness imposed on the selection of the brand’s eligibility for the OEM So far. Much good Make In India (MII) Brands are approaching the registration for OEM but getting rejected. Only ProDot and a few others have been able to get themselves registered which has left the other Make In India (MII) brands confused. MII Brands are raising questions and asking for clarity as to why they are getting rejected for registration whereas the criteria which are mentioned are easy to implement for them. There’s no clarity on the process of selection for registration. The MII brands are raising concerns as GeM has poor filters as toner cartridges are appearing in a variety of categories other than the designated ones.

Common issues most of the registrants face on the GeM website:

•    GeM has a bidding process that encourages cartelization.

•    GeM doesn’t take the onus for delayed payments. Another point of concern is that GeM has favoritism toward buyers because as per their rules, the interest on delayed payments will be retained and used by GeM.

•    Many private individuals keep advertising on various platforms as brokers which is a dubious process.

•    MII Brands also argue that items on GeM can be much more than MOP as they don’t obtain the lowest price assurances from Vendors.

•    In case you delete an item in the OEMs catalogue by mistake then it cannot be uploaded easily.

•    Loopholes have been noticed in price Comparison to place orders.

•    GeM doesn’t take Cartelization complaints seriously and takes them as routine ones, disputes are not resolved to favor Sellers.

•    Also Category creation for new products is quite tough.

Vendor assessment for cartridges by GeM:

Dropping Value of Rupee vs USD and Delays...

ITDL Gears Up to Meet the Quantity Demands...

Pantum’s Original Consumables are the Best Choice for...

Green IT: A One-Stop-Solution for e-Waste Management in...