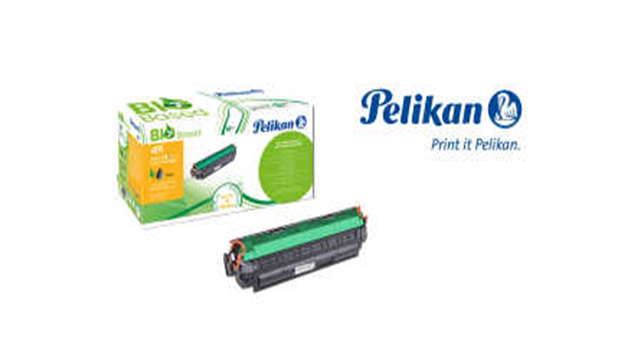 Print-Rite claims its newly launched Pelikan branded cartridge is the world’s first bio-based cartridge that is compliant with environmental standards in Europe and North America. Pelikan Bio-based Printer Cartridge Sizzle Steve Weedon rtmworld Print-Rite According to Steve Weedon (pictured), early attempts produced varied results with only 24 percent of biomaterial content being achieved before print performance degraded. However, China-based Print-Rite did not give up and continued research and development.

A Patent Safe Compatible (PSC) cartridge (which does not infringe the intellectual property rights of the OEM) is fully compliant with EU and US standards. Certified by TUV and other regional certification authorities, it is claimed that the new-built cartridge can be remanufactured using standard components and is not designed as a Single Use Cartridge (SUC)—and will meet rigorous European standards.