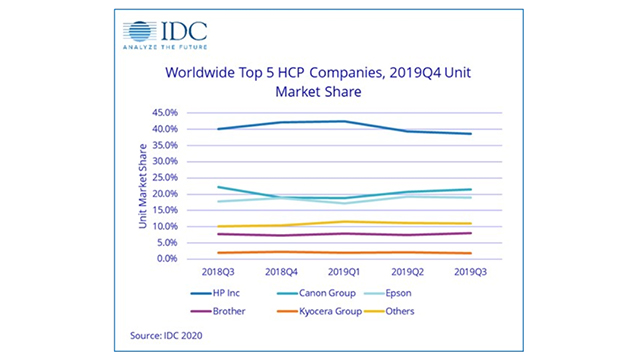 The worldwide hardcopy peripherals (HCP) market saw its overall shipment value grow 0.9% year over year to approximately $11.9 billion in the fourth quarter of 2019 (4Q19). Unit shipments during the quarter declined 5.4% to 25.3 million, according to the International Data Corporation (IDC) Worldwide Quarterly Hardcopy Peripherals Tracker. Notable highlights from the quarter include:

Epson outperformed all other companies in the top 5 in terms of shipment growth. The vendor delivered a year-over-year increase of 1.4% with worldwide shipments of more than 4.8 million units in the quarter. 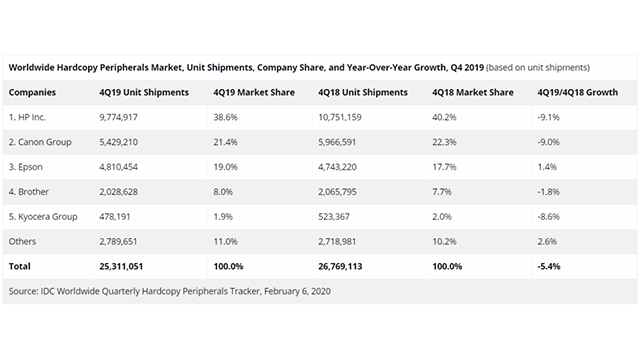 Middle East & Africa recorded year-over-year growth for the second consecutive quarter with shipments up 3.2% to more than 1.4 million units. The growth was propelled by positive performances in both the inkjet and laser segments, which grew 1.6% and 7.9% respectively.