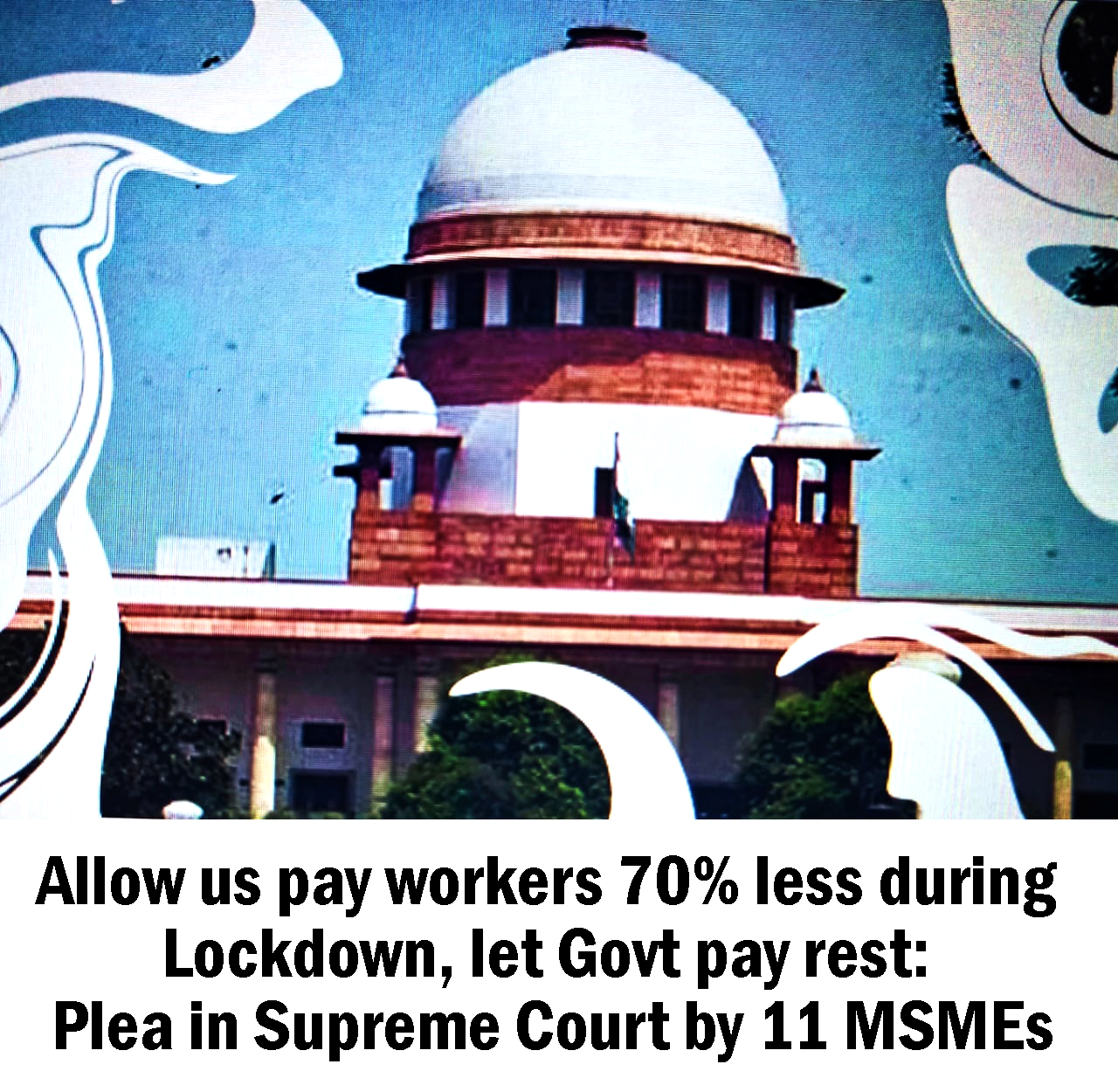 A group of 11 MSMEs (Micro, Small, and Medium Enterprises) having at least one of their factories in Haryana have approached the Supreme Court to challenge Union Government advisories/orders compelling payment of full wages during the period of the COVID-19 lockdown. In particular, the plea challenges the March 20 advisory by the Union Ministry of Labour and Employment and a March 29 order of the Ministry of Home affairs. The petitioners represented by Advocate Jeetender Gupta contend that the government should relieve the companies from paying 70% of the salary of each worker during the lockdown. It is added that the Government has to take up paying the 70% percent from the funds collected by the Employees’ State Insurance Corporation (ESIC) or the PM Cares Fund or through any other Government Fund / Scheme. The petitioners have challenged the March 20 advisory by the Ministry of Labour & Employment and the March 29 order of the Ministry of Home Affairs as violative of Articles 14 and 19(1)(g) of the Constitution of India.

The MHA order had stated that all the ’employers, be it in the industry or in the shops and commercial establishments shall make payment of wages of their workers at their workplaces, on the due date, without any deduction, for the period their establishments are under closure during the lockdown,’ adding that States / UTs should take necessary action against any violation of the said Order.

The petitioners argue that they should be allowed to pay 70% less salary to employees and that the Government should take care of the rest. The group of 11 petitioner companies led by Instrument and Chemicals Pvt limited states that all the companies had paid wages to all its workers for March 2020. The plea goes on to point out that their businesses have since come to a standstill. The plea further states that petitioners should be entitled to laying off and retrenching workers in terms of Sections 2(kkk), 2(oo), and Sections 25C to 25N of the Industrial Disputes Act. Act. The primary contention forwarded is that the obligation to pay salaries during lockdown is not on the employer but, rather, on the government.

The 5 Startups Thriving On Technology Amidst The Slump