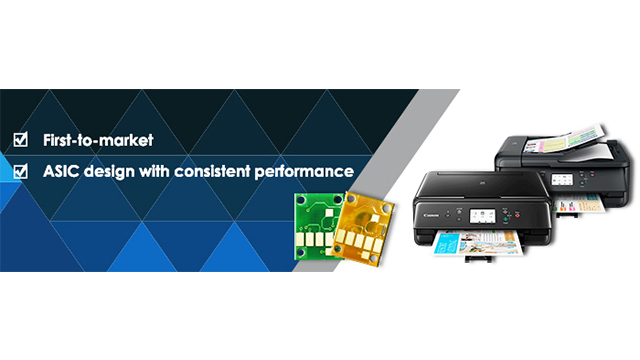 Apex released new replacement chips for use in Canon PGI-580PGI-280XKI-N10BCI-380 Series. Aimed at SMEss, Canon released a series of new models and new consumables in 2017 and the output of new series consumables is different from that of the previous generation.

According to Apex, the new replacement chips are in the company’s patented ASIC design, which can provide one-time use solution with OEM-equivalent performance are compatible with recycled cartridge. Apex said the new chips covers 8 countries and regions including Europe, North America, Japan, Asia Pacific, China, Korea, Australia and the Middle East.