Unanimous Decision by Supreme Court in Favor of Static Control 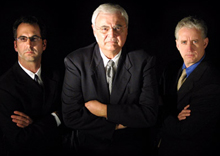 A unanimous United States Supreme Court ruled Tuesday that Static Control could sue Lexmark under the Lanham Act (false advertising) arising out of Lexmark’s prebate program. According to Actionable Intelligence, “the Supreme Court held that Static Control represents the type of party the Lanham Act is designed to protect.” Justice Antonin Scalia wrote the opinion adopted by all nine justices.

“Static Control adequately alleged proximate causation by alleging that it designed, manufactured, and sold microchips that both (1) were necessary for, and (2) had no other use than, refurbishing Lexmark toner cartridges. It follows from that allegation that any false advertising that reduced the remanufacturers business necessarily injured Static Control as well.” Lexmark first sued Static Control in 2002. Lexmark was initially successful in having the trial court throw out Static Control’s counterclaims against Lexmark.

The trial court initially rejected Static Control’s Lanham Act claim, but the Sixth Circuit reinstated it. Lexmark asked the Supreme Court to overrule the Sixth Circuit.  “We are extremely pleased the Supreme Court agrees Lexmark should be held accountable for its actions,” said President Bill Swartz. “I only wish Ed, our founder, my father, were here to enjoy this victory with us.”“The Supreme Court’s unanimous decision should send a strong message to Lexmark,” said William London, Static Control’s General Counsel. “We plan to move forward with our false advertising suit against Lexmark and prove we were damaged by Lexmark’s false advertising.”

The paper printer will be dead in four years- IEEE