IMAGE KING Celebrates its 24th Anniversary in a Grand Way 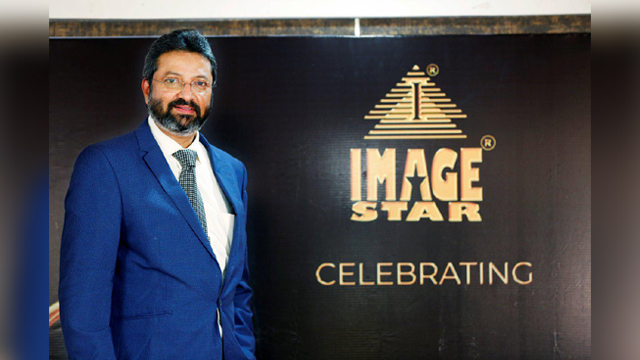 IMAGE KING, a leading national brand in compatible laser toner cartridges and printer powder, celebrated its 24th anniversary on November 29, 2019 with its ‘IMAGE STAR Family’ at Star Hotel, Chennai. Celebration arrangements were also made across all seven branch office, where the regional channel partners and IMAGE STAR Team made their presence to mark this glorious occasion a successful one. The celebration was conducted to recognize and thank the partners who gave a boost to the sales of the company in the past year. IMAGE STAR has grown its business in multifold during the year and wishes to double its sales numbers in 2020.

IMAGE STAR implemented few strategies in last one year which helped them in increasing their sales numbers. As part of the strategy, a concept called ‘IMAGE STAR Parivar’ was launched which gave a special status to selected distributors who enjoy additional benefits other than pricing. As part of the IMAGE STAR Family’s team goal it was everyone’s responsibility to strengthen the concept and make sure the best of the best partners are part of the IMAGE STAR Family. IMAGE STAR team has added 120 partners to the ‘Family’ during the year. The next important area of improvement was supply-chain and delivery services. In order to improve the services, all the branch managers with the head office team were given a goal to consolidate all the warehousing and dispatch from multi location to a single location at headquarters. The company achieved the goal by centralizing the supplies, consolidating the business activities, cutting down small supplies in order to strengthen distributors across India. As a result, the sales not only crossed previous year numbers but had grown beyond the expectation. The demand for the IMAGE KING moved up by multiple levels which led to the income tax department awarding IMAGE STAR with the bronze category certificate for highest income tax payer in the category.

Masood Khan known as Mr.Khan, CEO at IMAGE STAR PVT LTD “It’s a proud feeling to be celebrating 24 golden years of success in the industry. A special thanks to the entire family of IMAGE STAR, in-house team and our channel partners across the country for all the support rendered during all good and bad times during this journey. It’s just the beginning for all of us, with better strategies and streamlined sales force in place to achieve newer highs of success in the coming years. Our plan for 2020 is only going to create a win-win situation for the entire IMAGE STAR Family”

Mr. Khan, who is known for his leadership skills, announced a strong goal of doubling the turnover during the current year, streamlining and strengthening the distributor network and appointing IMAGE STAR Parivar in all leading cities in India. His aim is to achieve this and mark a milestone by IMAGE KING’s 25th Silver Jubilee anniversary, on 29th November 2020.