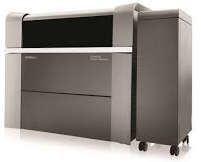 The third quarter of 2015 saw the launch of more than 200 products from Static Control, including more than 140 replacement chips for various OEM brands and regions. Some product highlights for the quarter include a complete solution for drum units used in Samsung SCX-6555 printers, including the drum unit chip, carrier, OPC drum and wiper blade.

The toner cartridges and drum units for this printer series are separate. An improved design for the replacement chip for the toner cartridge was also released, largely based on customer feedback; the new chip includes a longer connector which assists when remanufacturing cartridges with broken clips and provides a more OEM-like appearance.

A line of parts to assist with conversion opportunities for HP CE390A/X cartridges, including a replacement waste bin, replacement drum bearing plate, a contact side end cap and a drive side end cap, were released. These cartridges have multiple conversion opportunities. Contact a representative to learn more. Two sets of replacement waste toner bottles were released. The first one is for use in select Kyocera monochrome printers and consists of the bottle, cap, warning label and clear tape to hold the cap in place.

Printer applications require two waste bottles per cartridges. The second bottle is for use in Samsung ML-5510 and related printers and functions similarly to the OEM.A replacement developer roller for use in the Lexmark® T650 was released. It provides rich, dark image densities, and can be used as a replacement for a damaged or worn OEM developer roller. A full Static Control build provides darker prints and slightly higher usage than the use of field one-cycle components.

Kyocera Adds to its Wide-Format Product Line with...

Metrofuser Developed One Of The Largest Printer Firmware...