US Government Weighs In on Printer Cartridges 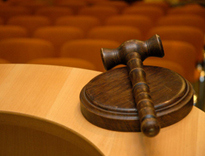 As the patent attorney leading the charge in defense of remanufacturer Impression Products, here is my response to the amicus curiae brief filed on June 29, 2015 by the US government over the future for restrictive patent rights on printer cartridges. The Mallinckrodt decision was the legal basis upon which the Lexmark Prebate program rested.

According to that ruling, a patentee who sells a product may put a label on that product which restricts the use by a purchaser. Called a “shrink wrap” contract, Mallinckrodt has been much criticized, but it is the law of the land. In our brief, we took the position that Mallinckrodt was effectively overruled by a recent decision of the United States Supreme Court. The United States government agrees and, in its brief, argues that Mallincrodt was effectively overturned.

The government also agreed with us that the Jazz Photo decision should be overturned. Jazz Photo held that while the first sale of a product extinguishes all of the patent rights in that product, extinguishment is limited to first sales made in the United States. Jazz Photo has wreaked havoc in the remanufactured cartridge business, and has the potential of wreaking havoc on many other products in many diverse industries. It is of particular concern to companies in the electronics field, such as, Intel, Samsung, and a host of others. Those companies are among the many enterprises, scholars, and trade associations that support the position I advocate for overturning Jazz Photo.