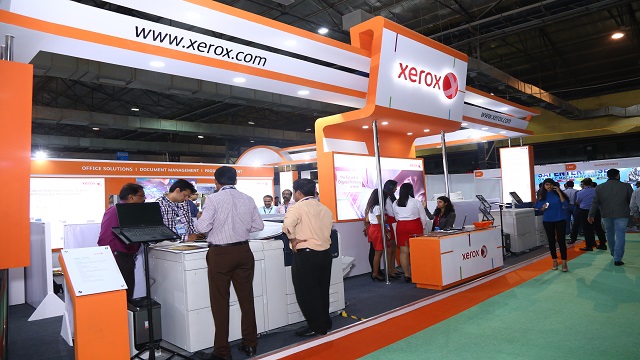 Xerox India showcased its marquee presses, Versant 180, Versant 3100, D110 Copier/Printer and Color C70 at the PAMEX 2017. For the first time, Xerox also displayed the most versatile A3 Colour Multifunction Device – Altalink C8035– part of the 29 ConnectKey–enabled devices launched earlier this year and its highly advanced A3 color printer – Phaser 7800.

At the event, Mr. Balaji Rajagopalan, Executive Director, Technology, Channels & International Distributor Operations, Xerox India said, “Xerox has always been committed to maintain its leadership in the digital printing segment and we are glad to be a part of PAMEX 2017. PAMEX has always been a great platform for us to showcase our marquee devices. This year we are demonstrating an array of our key digital presses which are perfectly tailored for mid-range and entry level businesses. In addition to that, we’re also showcasing our most versatile multifunction devices – Xerox Altalink C8035 and Phaser 7800.”

Further discussing Xerox’s expertise in the digital print industry, Mr. Balaji added, “We have a plethora of digital presses, all highlighting the versatility, scalability and performance needed to meet the requirements of both commercial printing and adoption by the enterprise community including SMBs. The Colour C70, an entry level press is an all-in-one solution that can boost productivity in any environment. The Versant series has set a new benchmark for the mid-production presses and has been very well received in the Indian market.

The presses are known for their productivity and efficiency and have the capability to print on a whole range of coated and uncoated media. The D110 Copier/Printer excites all customers with its power to print more for less. We are happy to be at PAMEX to showcase our best-in-class devices as 2017 comes to an end.”